Lifeafter in one word superb ! it is the most realistic android game that I ever played period!!

Lifeafter is a mobile game developed by NetEase,, the same company that also developed the Rules of Survival (ROS).

Lifeafter first appeared in the year 2018 in the Chinese market and quickly draw the attention of gamers around the globe that even though it has not been officially released, there are some gamers that download the apps, game and try to understand its Chinese language.

In the year 2019 NetEase officially released its English version, one of my friends told me to try this game, and I decided to write a review about android game Lifeafter.

I’ve has been hooked sow much into this game that I almost forgot to write this review article, Iv been playing Lifafter in almost a month and I will share to you guys my experienced about this android game named “Lifeafter”.

Like in this image the Trees that I’m going to cut down looks like a real tree, the developer gives an effort on every small detail.

In gameplay, Lifeafter is kinda unique because you are the one to create or to craft all of the stuff, from gears, weapons, tools, armor, house, and even your food.

After you craft all your gear you are now ready to take some actions battling zombies on a wasteland, but be careful because there are some maps like a warzone that some hostile player may attack you, so don’t let your guard down and make sure to equipped a better armor and weapon when you are entering a warzone like Farstar city.

Aside from war-zone maps like Farstar city, there is also a PVP mode like Nancy City battle where you and your teammate should work together to defeat the opposing team.

This thing is crucial for some players because choosing the best Job that suited for you is quite confusing, a cert or a job can give you some of the benefits and opportunity to earn some gold bars.

Like for me, Iv chooses Lumber Jack or a Logger, I can cut down some trees that other players can’t, except if they are also a Lumber Jack, same goes to any gathering master Cert Like Hempicker and Miner, they can get an exclusive item that can be sold on a market to earn some gold bars.

By the Way except for crafting some gears and weapons, you can also buy it from trade city using gold bars, its the place where players buy and sell some weapons, gears, armors, etc.

For Free to play players it is recommended to choose to gather experts like hemp picker, Lumber Jack or Miner for a reason that it is easy to sell exclusive resources from gather expert cert.

Choosing the best Cert in Lifeafter is depends on you If you are a Free to Play I highly recommend choosing a gathering expert like a Hemp picker, Lumber Jack, or miner for a reason that it is much easy or earn some gold bars by selling exclusive resources to trade city.

If you are in a new server, Craft experts like Upholstery and gun maker can earn some gold bars by selling their profession exclusive items because at an early stage of in Lifeafter their product is highly in demand.

The controls are hard at first especially if you are a PC gamer, but you will get used to it, the developer put some effort to make its control buttons more customizable so you can shoot and jump at the same time like the one in PC/ Lifeafter PC version.

The performance is pretty solid, it gives a fluid performance—but it still depends on a device, internet speed, and Geographic location.

I’m not trying to be rude or criticize those with a lower-end device but just for real, this game is not for those phone with lower specs, it is still playable though, but the lag is real! if you are not using a better smartphone you will keep experiencing lags especially if there are a huge amount of players nearby.

In choosing a phone for playing this game Lifeafter, I highly recommend those with 4GB of RAM and a better processor, choose a Snapdragon Processor rather than Mediatek, but don’t get me wrong Mediatek Processor are getting better and better, but Snapdragon processor is more proven in gaming.

Internet and geographical location are crucial why? because even if you have a high-end phone but your internet speed was pretty much slow its useless.

Lifeafter is an excellent game for me on mobile, although there will be some lags when internet slow down sometimes, my overall experience about this game is superb, you will meet some new friends especially when you join a camp where a lot of players is your ally, you will do some operation and lots of battle together,

About the controls, the gameplay, and the graphics are astonishing, the only thing that I complain about this game is the invasion where a lot of Zombies will attack your camp, you and your camp-mates will defend your camp against the invading Zombies, looks fun right? but the problem is lags, it was so lag in the invasion, I’m not sure but I think the problem is the server, developers should fix the lag issue on invasion, but overall Life after is a must-try online game. !! 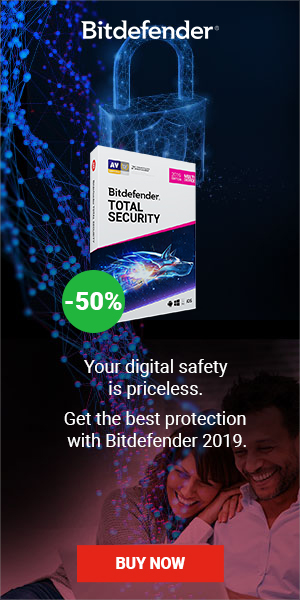